The following piece, written by BPSI member Dr. Leonard Glass, was originally published by the Boston Globe on July 28th, 2017. We’d like extend our gratitude to Marjorie Pritchard, deputy managing editor of the Opinion section, for allowing us to re-post the article here in its entirety. 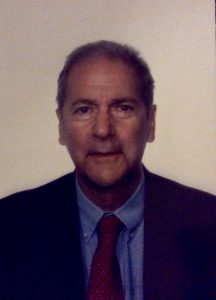 Not long ago the Goldwater Rule was an answer in a trivia game, and one almost exclusively played by psychiatrists. Recently it has come under intense public scrutiny, and just last week its foundation appeared to be crumbling. But its sagging facade has been propped up again.

The rule, of course, arose in the aftermath of a libel suit, won by defeated Republican presidential candidate Barry Goldwater, who had sued Fact magazine for publishing an article that featured psychiatrists’ off-hand diagnoses of Goldwater’s alleged mental illness. The American Psychiatric Association, stung by this experience, augmented its ethical code in 1973 to prohibit members from indulging in such speculative endeavors: the so-called Goldwater Rule. For years Goldwater was taught in psychiatric residencies as the “no diagnosis rule,” i.e., don’t apply a specific diagnosis to someone you haven’t examined.

Then, in the wake of Donald Trump’s election and the widespread musing by opinion writers as to how to explain the unprecedented and hard-to-fathom behavior of the new president, a group of psychiatrists (I am one of them) wrote a letter to The New York Times bemoaning the absence of informed comments on this topic by psychiatrists, the medical specialists in this domain. We blamed the Goldwater Rule and, while we did not offer a diagnosis, we stated that the “grave emotional instability indicated by Mr. Trump’s speech and actions makes him incapable of serving safely as president.”

As though in response, a month later the APA doubled down on the Goldwater Rule. Without changing the language of the rule, its ethics committee put out a new, expanded interpretation asserting that any statement by a psychiatrist about a public figure’s mental health without a full in-person examination of that figure, as well as the “patient’s” authorization to disclose the findings, was forbidden. (I put the term “patient” in quotes because, and this is fundamental, there is no patient in this context. Hence the APA’s argument rests on criteria from the time-honored doctor-patient relationship and superimposes it on public, political discourse, where there is no doctor-patient relationship.)

Then last week it was widely reported that a smaller but influential mental health organization (the American Psychoanalytic Association) had informed its members that “they should not feel bound” by the Goldwater Rule. A fissure seemed to have developed in Goldwater’s foundation.

But as reactions of celebration and of consternation spread through social media, the smaller group issued a clarification: Its members “have always been free to comment on public figures,” but those of its members who also belonged to the American Psychiatric Association were still bound by that organization’s Goldwater Rule.

So it remains that the 37,000 psychiatrists in the APA are prohibited from making any comment, as psychiatrists, on any public figure’s mental functioning. The APA points out that it allows them to speak as citizens so long as they do not mention their professional identities. But that prerogative is called freedom of speech; it is not the APA’s to grant or withhold in the public domain.

One of the inherent problems that live on with the APA’s new Goldwater interpretation is that it seeks to protect the public image of psychiatry and privileges that goal over the right, some have said duty, of member psychiatrists to pursue their promptings of conscience. In doing so, the APA reaches beyond its legitimate role in establishing guidelines for ethical clinical practice and into the realm of free speech.

The APA has felt it necessary to muzzle its members out of concern that some will speak ill-advisedly. Apparently it sees the profession as so fragile that its reputation cannot withstand divergent or imprudent speech by individuals. To my knowledge no other medical specialty forbids its members from offering their views. We’ve all seen orthopedists on television offering informed speculation about an injury to the local team’s star player sustained on a distant field. The audience understands implicitly that this is an opinion and not definitive, nor based on an examination of the player or review of the x-rays. Yet the American Orthopaedic Association doesn’t worry that future patients will lose faith in the field. Cardiologists weren’t disciplined for opining about Hillary Clinton’s fainting spell. We value the help of clinical experts in understanding matters beyond our ken.

By attempting to exclude psychiatry as a profession from the public discourse, the APA is inescapably devaluing the relevance and importance of the very profession it imagines it is protecting. If their own national organization can’t trust them to exercise good judgement and speak in a self-aware, reflective, and circumspect fashion, what lesson should the public draw from that? 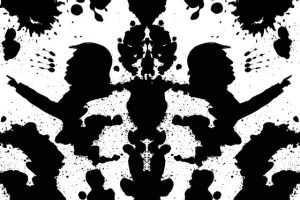 One recent example to the contrary: Dr. Prudence Gourguechon, a fellow psychiatrist and psychoanalyst, proposed the use of the US Army’s Field Manual for Leadership as an objective means of assessing Trump’s capacity for leadership. The criteria are trust, discipline and self-control, judgment and critical thinking, self-awareness, and empathy. Many found this contribution quite pertinent, yet it is clearly at odds with the intent of the APA’s expanded version of Goldwater.

Neither Gourguechon nor I are advocating making diagnoses from afar. But there is an abundance of videotaped and real-time audio of Donald Trump: quite sufficient, in my view, for a psychiatrist to form reasonable hypotheses about the psychological impediments they imply and offer them to the public for their consideration. One needn’t make a diagnosis to formulate coherent, plausible ways of understanding Trump’s aberrant behavior. In doing so, we rely on the psychological and psychoanalytic training that Goldwater sidelines.

For instance, while it might seem obvious to some citizens, others haven’t recognized that Trump’s continual boasting and proclamation of great confidence in his ability to solve complex problems, rather than reflecting mature self-confidence, suggest bluster and posturing which disguise insecurity. His inability to tolerate divergent opinions and his lashing out impulsively at those who differ with him demonstrate an impulsivity that could interfere with processing important new data that run contrary to his prior opinions. His vindictiveness and ridicule of vulnerable groups point to a lack of empathy and a compulsive need to prop up his self-worth at the expense of others. His assertions of strength and power, paired with repeated complaints of being victimized, suggest fears of exposure as small and inadequate. His numerous self-contradictions and shifts of position without acknowledgment of prior misjudgments betoken an erratic, unstable, and unreliable mindset in which chaotic emotional needs are constantly swamping his capacity for deliberative, thoughtful problem solving. These are psychological hypotheses aimed at helping us make sense of mercurial and aberrant behavior, and without getting into diagnoses.

And none of this is meant to imply that mental illness per se disqualifies someone from high office. We need only cite Abraham Lincoln and Winston Churchill to quell that argument.

In March, I asked the APA and the consultant to its ethics committee to rescind its prohibition of members’ participation as psychiatrists in nonclinical discussions in the public square. The organization was unbending. It insisted that there is no sphere of psychiatric activity that isn’t clinical, i.e., centered on taking care of patients, as though teaching, writing, testifying, and researching aren’t obvious examples of that very thing.

Some have said that no one has lost his or her license by violating Goldwater. That might be true to date, but it is not trivial to be reported to your licensing board for an ethics violation.

I have taught ethics, published professionally on ethics, and served as chair of an ethics committee. I find it inappropriate for the APA to assert that I would be in violation of my profession’s ethics code if I continued to speak out in what I consider a thoughtful, data-driven, and responsible fashion regarding Trump or any other public figure. So, despite its past recognition of me as a distinguished life fellow of the APA, and after 41 years of membership, I resigned in protest of APA’s intrusive, improper, and self-defeating new interpretation of the Goldwater Rule.

For those who remain in the APA, Goldwater stands. It shouldn’t.