Dr. Bernard Edelstein, is a Training/Supervising Ananlyst at BPSI. His remarks below originally appeared in the Spring-Summer 2018 issue of the BPSI Bulletin, which can be read here.

In the Spring 2017 issue of the American Psychoanalyst, in an article titled “Race and Racism in Psychoanalytic Thought: The Ghosts in Our Nursery,” Beverly Stoute offers a compelling review of themes of racism in the psychoanalytic literature. Referring in her conclusion to Selma Fraiberg’s classic 1974 paper, she says, “When past trauma is endured but not metabolized for one generation, what is not spoken is embedded in the unconscious and enacted in disturbing ways in those generations that follow.” Stoute asks, “Did the unexamined racism of how people of color were viewed and othered, even by analysts, silently stifle our development as a field?”

At the 2018 Solange Skinner Conference, held on April 30th and titled “Race, Racism, and Emancipation,” Stoute and two other presenters, Forrest Hamer and Adrienne Harris, developed a conversation about race and racism in American culture, in the history of psychoanalysis, and ultimately at BPSI. Each of the presenters responded to a text: James Baldwin’s “My Dungeon Shook: Letter to My Nephew on the 100th Anniversary of Emancipation,” which was originally published in November 1962 in the New Yorker. The program began with a reading of Baldwin’s letter, a powerful communication about the dangers and difficulties for a young black man coming of age in America. Baldwin challenged white Americans to acknowledge their disavowed history of racism, and in so doing to have a conversation about the ongoing violence being imposed on their black countrymen and the damage imposed on themselves. 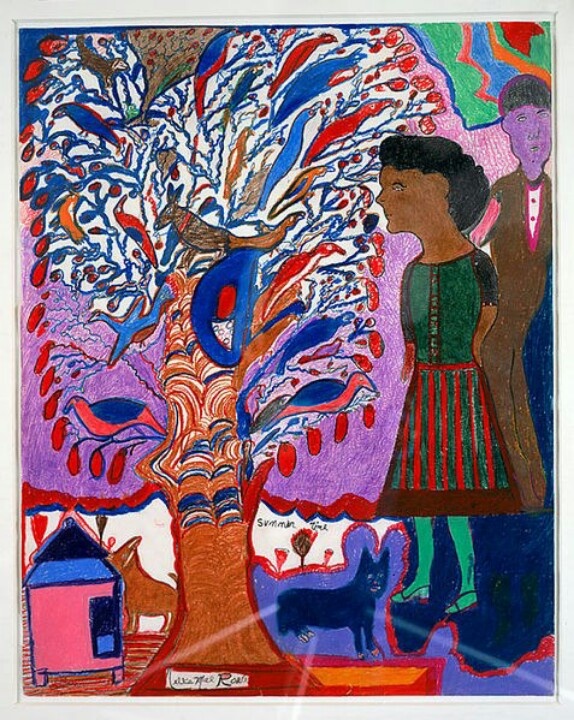 In my opening comments, as moderator of the program, I tried to frame some thoughts for the morning. What is it about our country—our inability, our refusal, to acknowledge the painful reality that has been with us for centuries—that expresses itself as a failure to remember, to see what is before us? In The Fire Next Time, Baldwin writes, “We are capable of bearing a great burden, once we discover that the burden is reality and arrive where reality is.” But we know, as psychoanalysts, that there is a powerful wish to bury that which makes us uncomfortable, or ashamed, or which leads us to feel we must give up narratives that we have long held to be true.

Forrest Hamer is a psychoanalyst from Oakland, California. He is also a poet. In “Evocative States: Where Listening Begins,” in the August 2012 issue of the Journal of the American Psychoanalytic Association, Hamer describes the process through which listening leads to the emergence of image or meaning for the poet and the psychoanalyst. “The something that is not yet fully something has a way sometimes of insisting itself quietly in me, and there are times when I feel that my attention is being directed by what waits to be.” In his psychoanalytic writing and his poetry, he considers powerfully the racialized self and the racialized other. Hamer began by reading the poem “Frederick Douglass,” written by Robert Hayden in 1947.

When it is finally ours, this freedom, this liberty, this beautiful
and terrible thing, needful to man as air,
usable as earth; when it belongs at last to all,
when it is truly instinct, brain matter, diastole, systole,
reflex action; when it is finally won; when it is more
than the gaudy mumbo jumbo of politicians:
this man, this Douglass, this former slave, this Negro
beaten to his knees, exiled, visioning a world
where none is lonely, none hunted, alien,
this man, superb in love and logic, this man
shall be remembered. Oh, not with statues’ rhetoric,
not with legends and poems and wreaths of bronze alone,
but with the lives grown out of his life, the lives
fleshing his dream of the beautiful, needful thing.

Hamer explored the idea of “terrible” freedom, about Douglass’ own process of becoming aware of the wretchedness of being a slave for life, the terrible contrast “between the freedom which seemed so elusive on one hand and the torment of knowing and thinking about his situation on the other.” Hamer talked about his own childhood memories of growing up in North Carolina; about the signs that represented a segregated South and the shift that has occurred over time, as “such signs, such spaces, have now become largely interiorized”; and about how that shift speaks “to some relative shift from the material to the psychic.”

Citing M. Fakhry Davids, he went on to describe an organization of unconscious defenses that is characteristic of racism that helps “each subject avoid what we might consider to be primitive anxieties related to vital integrity.” He also made reference to the work of Robin DiAngelo, who originated the term “white fragility”—“white privilege resting on the need, sometimes frantic, to avoid uncomfortable stress when racial matters become conscious and when racial equilibrium within and between individuals becomes upset.” 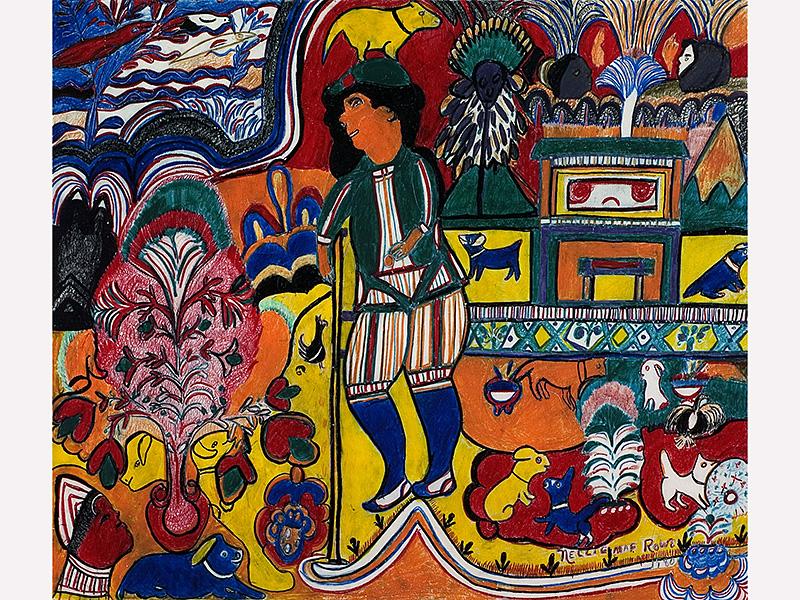 Adrienne Harris is a widely published psychoanalyst in New York. She has written about whiteness and the intergenerational transmission of racial trauma as “a kind of shadow across the unconscious.” Harris cited the work of Ruth Stein and her concept of “the perverse pact.” The concept is used to describe a phenomenon in sadomasochistic relationships in which a conscious fantasy of caring for the other belies an unconscious wish to exploit and harm. In an effort to understand a dilemma of white privilege, Harris spoke of a personal experience that illuminated an internal conflict: the wish to give up one’s privileged place and the resistance against doing so. She described her attachment to a collection of artifacts acquired by family members in past generations from the Haida people of the then Queen Charlotte Islands (now the Haida Gwaii); her reluctance to return what she felt had been wrongly appropriated; and her observation of the tension within herself.

Harris also discussed Joan Riviere’s 1929 paper “Womanliness as a Masquerade.” At the center of the paper is a woman’s fantasy of offering herself sexually to a black man. In the fantasy, the woman imagines that “if a negro came to attack her, she planned to defend herself by making him kiss her and make love to her (ultimately so that she could then deliver him over to justice).” The paper has been variously interpreted over the years through the lenses of oedipal theory, feminist theory, and gender theory, but startlingly, not until recently did anyone take note of its powerful racial themes. That aspect of the paper went unseen, unacknowledged. 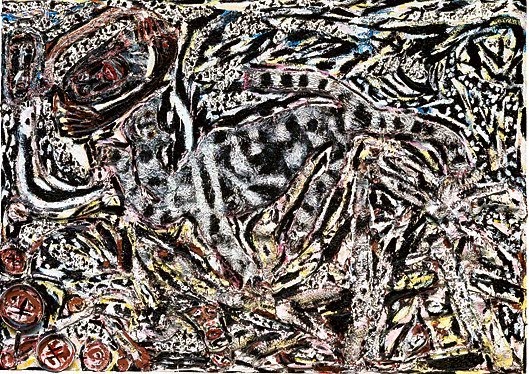 Beverly Stoute is a psychoanalyst in Atlanta. She is currently co-editing, with Michael Slevin, a book titled Race in the Therapeutic Encounter. Stoute began by tracing the development of an awareness of race and an understanding of racism through childhood and into adulthood, capturing, in a series of vignettes, themes of “like me, not like me.” She described the development of a monoracial versus a biracial orientation, depending on a child’s early socialization.

She went on to talk about the process of legal socialization through which individuals come to understand and appreciate the law, noting that legal socialization develops at an earlier age for black males. Stoute referred to a compelling body of research on how police officers dramatically overestimate the ages of black male suspects. She cited the work of Kirkland Vaughans and Warren Spielberg, “the direct and indirect hostile messages in school and in the media that black boys face, and…the defensive strategies black adolescent boys employ to cope…the loss of a lovable self-image replaced by a denigrated self-image.” Turning to Peter Fonagy and Mary Target’s writing on mentalization, and again citing Spielberg, she described the effect on adolescents when adults and authority figures are rejecting, hostile, or difficult to understand, and the way in which an adolescent exposed to such rejection will close his mind to important figures in his life, and thus impair the development of a reflective capacity.

At the heart of Stoute’s paper was the case example of an adolescent black boy she treated while she was the psychiatric director of an inpatient unit. She described his painful history of loss and abandonment, the way in which he presented on the unit, with aggressive outbursts and suicidal threats, and the “quiet caution” that the white staff showed, fearful of his dangerousness. Stoute recounted her intensive work with the patient on one hand and, on the other, with the staff, whom she helped to “rework their vision of the patient from that of a dangerous, out-of-control black youth to that of a needy, traumatized boy afraid to trust and afraid of abandonment”—a process she referred to as one of joint mentalization. She described the gradual and remarkable shift in the staff and in the patient, a growing joint attachment and collaboration. And she reflected on the importance for the patient of having been able to experience her as “the black doctor-mother who was in charge.”

In a generous and moving conclusion, Stoute talked about her own experience as the mother of a “kind-hearted, good natured, scholar-athlete son.” She noted her painful sense of his vulnerability, living in a world where he is at heightened risk, simply because of his skin color, and described black parents’ need to provide their sons with a “psychic shield they will need to insulate their sense of self, to ward off the racialized projection of hate.”

With her deeply thoughtful voice growing out of her experience as an African American psychoanalyst, and invoking the internalized voice of her own psychoanalyst father, Stoute communicated a belief in the possibility of psychoanalysis as an agent of change, in the office and in the culture at large.

Bernard Edelstein, M.D. is a member of the BPSI faculty and a training and supervising analyst. He has taught courses in psychopathology, technique, and clinical conferences. For many years he has been involved in the educational and organizational life of BPSI, which he regards as an intellectual home. He also teaches a course on the history of psychoanalytic thought at the Harvard Longwood Psychiatry Residency Training Program and is an assistant clinical professor at Harvard Medical School.

Bernard Edelstein can be contacted by email here.